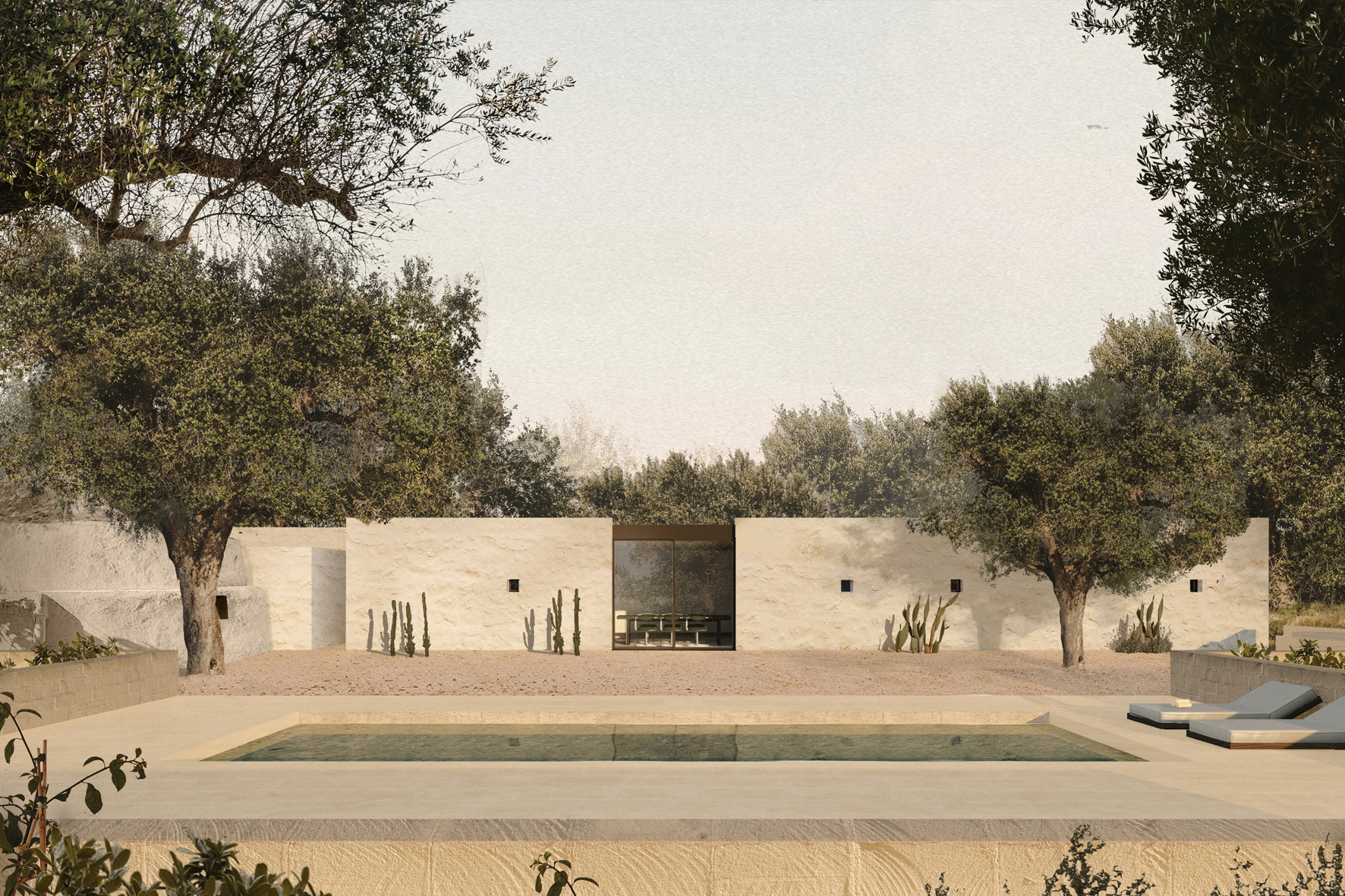 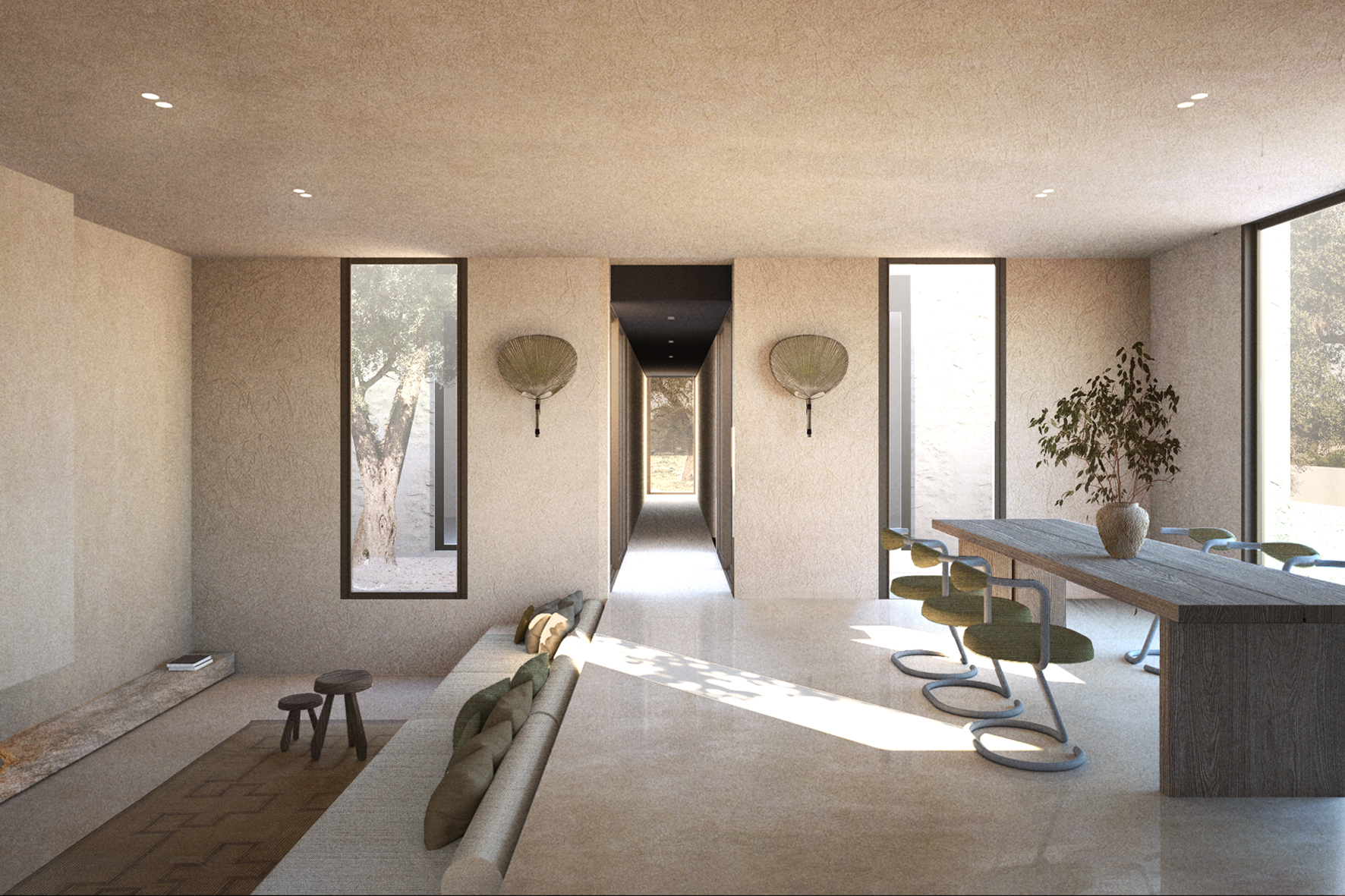 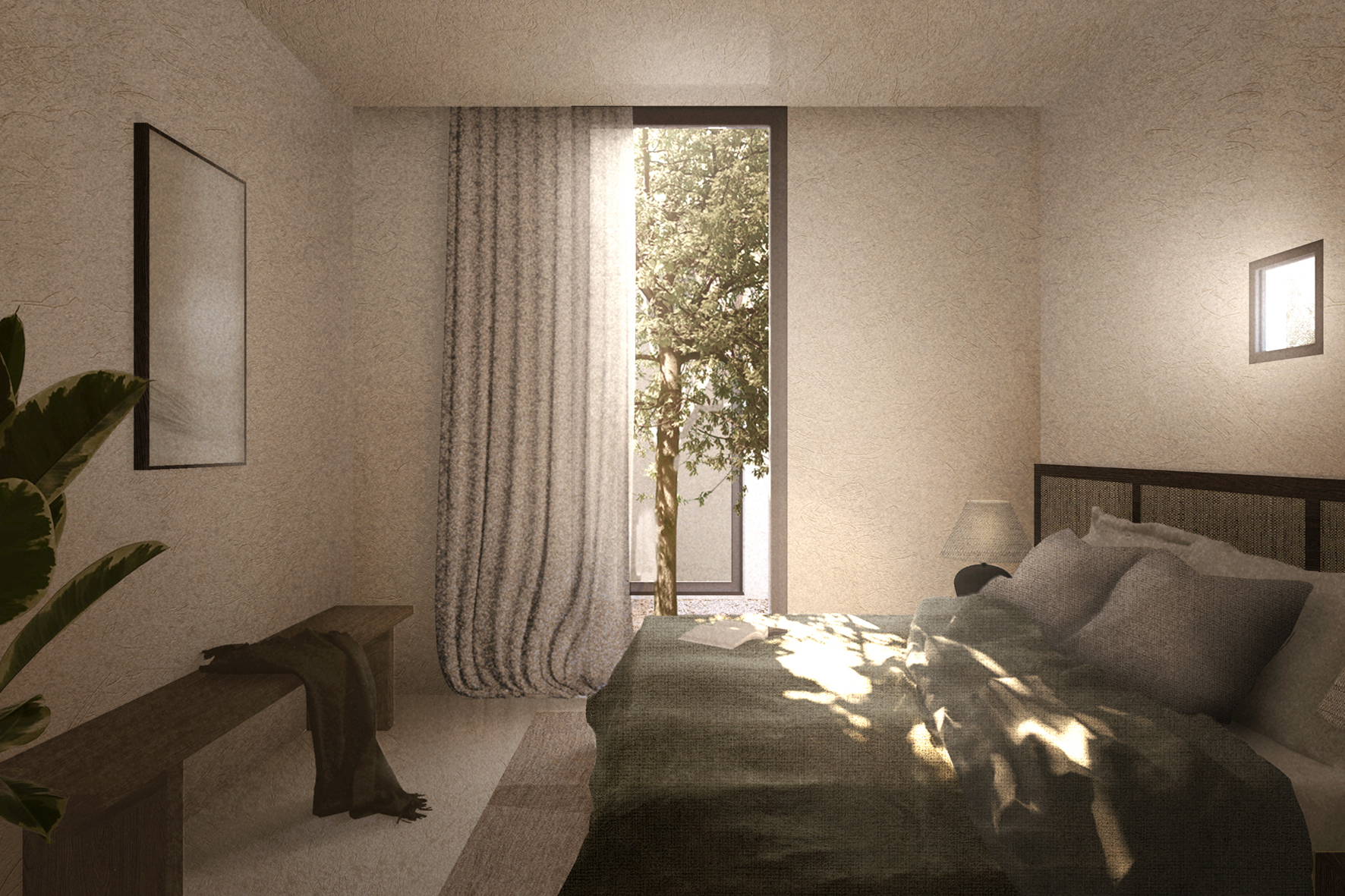 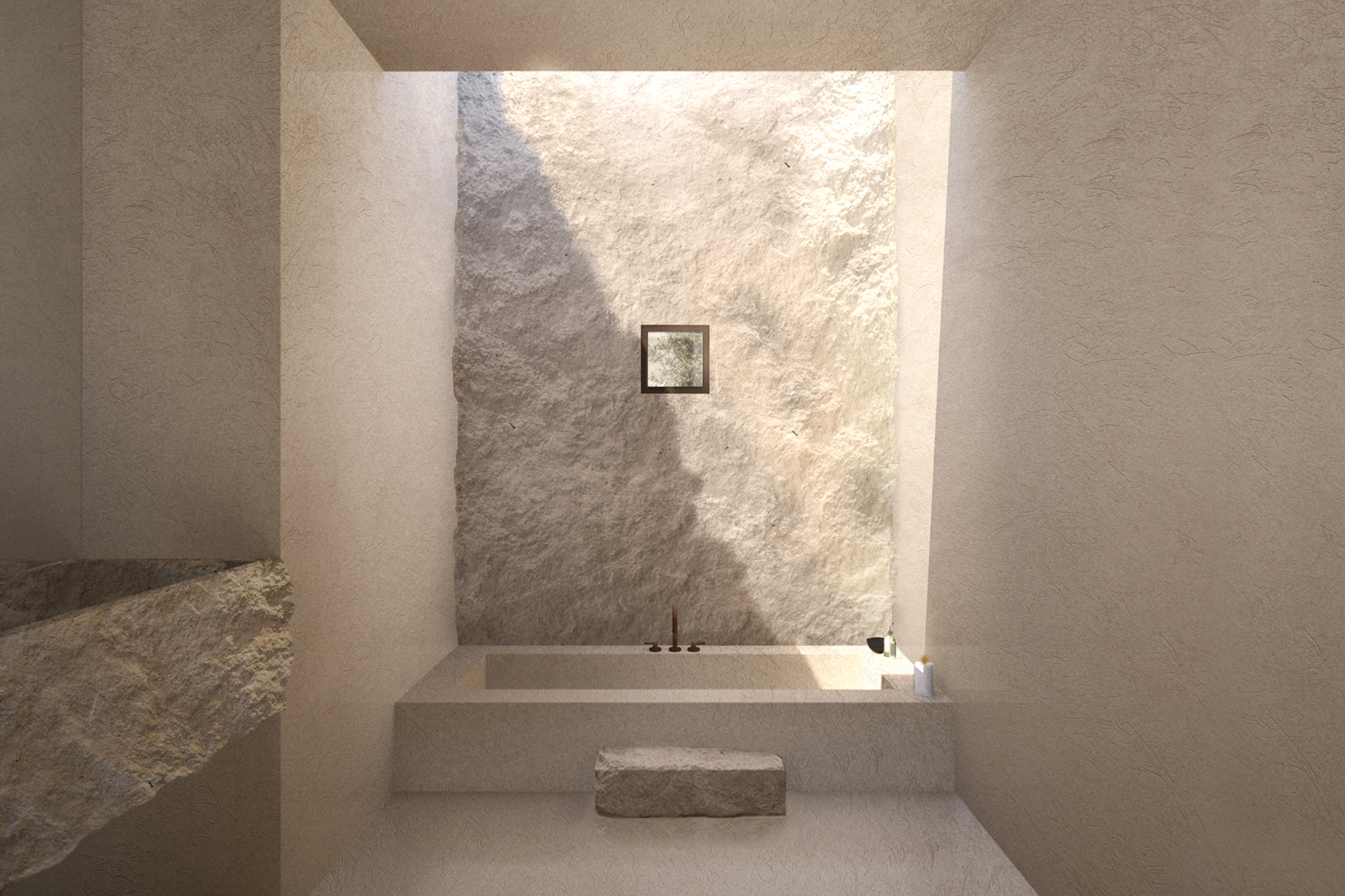 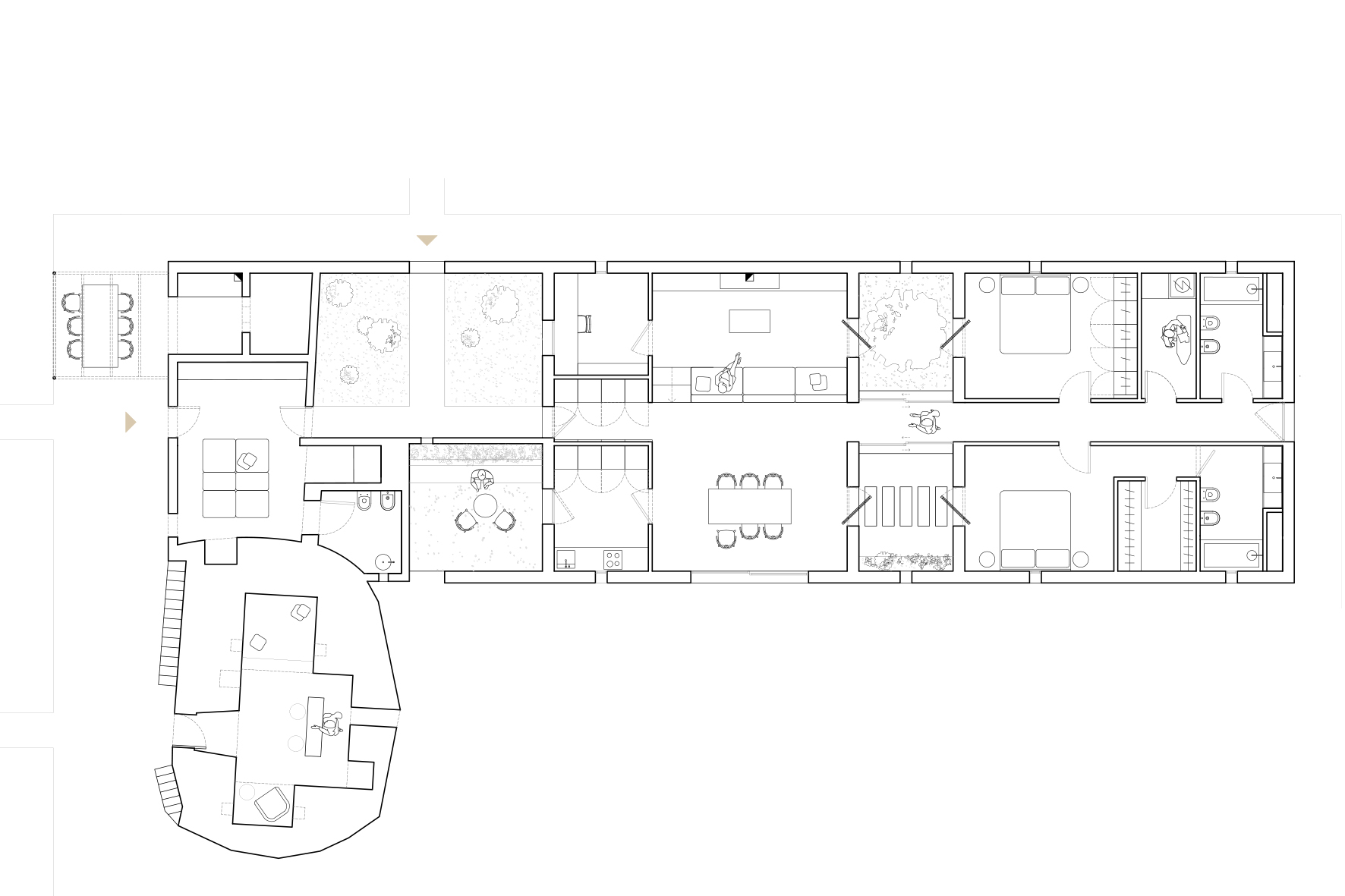 The villa is located in the Valle d’Itria in an environment distinguished by the presence of several secular olive trees, ‘muretti a secco’, typical of the Apulian countryside.The request from the client, a young entrepreneur who lives in Paris, was to turn the existing ‘Trullo’ into a bigger and more complex building that could be used as her personal residence, a convivial space to also host friends, and also a rent holiday house. The main idea is to work with the ‘genius loci’, emphasizing and valuing the typical forms of the Apulian architecture, revised in a contemporary key.The main goal of the project is to respect the pre-existence where the Trullo is, which becomes an integrated part of the villa facade.  To its existing closure on two sides, a new enclosure is added to it in order to re-create the topic of defence. On the rear facade, inspired by the existing fenced courtyard, the new volumes that work with the introspective model, are annexed.As in all the Mediterranean architectures, from the Roman ‘domus’ to the Moroccan ‘riad’ , through the Apulian ‘masserie’, even its life and its opening system is developed inside its courtyards, in a consecutio of spaces that close and open again, arousing the surprise of who is walking inside.  The original complex is thought to host lounge areas, whilst the new volume replies to the necessity of hosting the daylife and the rest. The two volumes are linked by a green courtyard and a corridor, physical and visual, that ends with the countryside view to the outside. The new planned volumes are set to the height of the existing wall, keeping the overall proportion of the facade. On the south side, a long solid wall is planned that opens up to let the entry be placed between the two volumes and guarantee independent access to both of them separately.